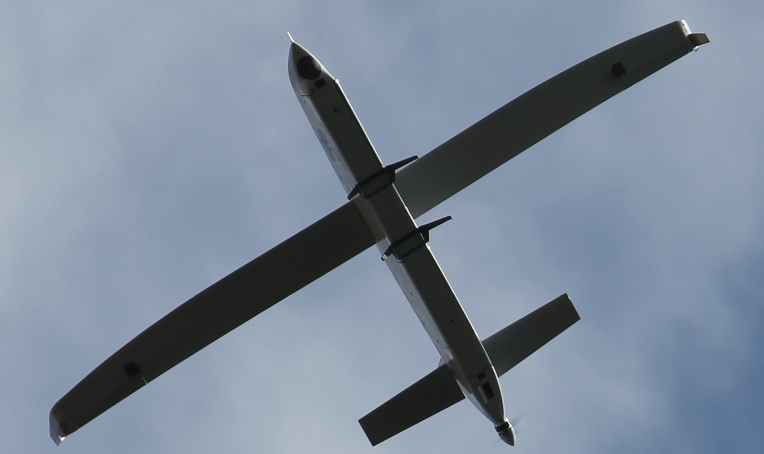 The vertical lifting capacity can reach up to 10 kg, the longest endurance time is over 4.5 hours, and it can carry multiple loads at the same time. 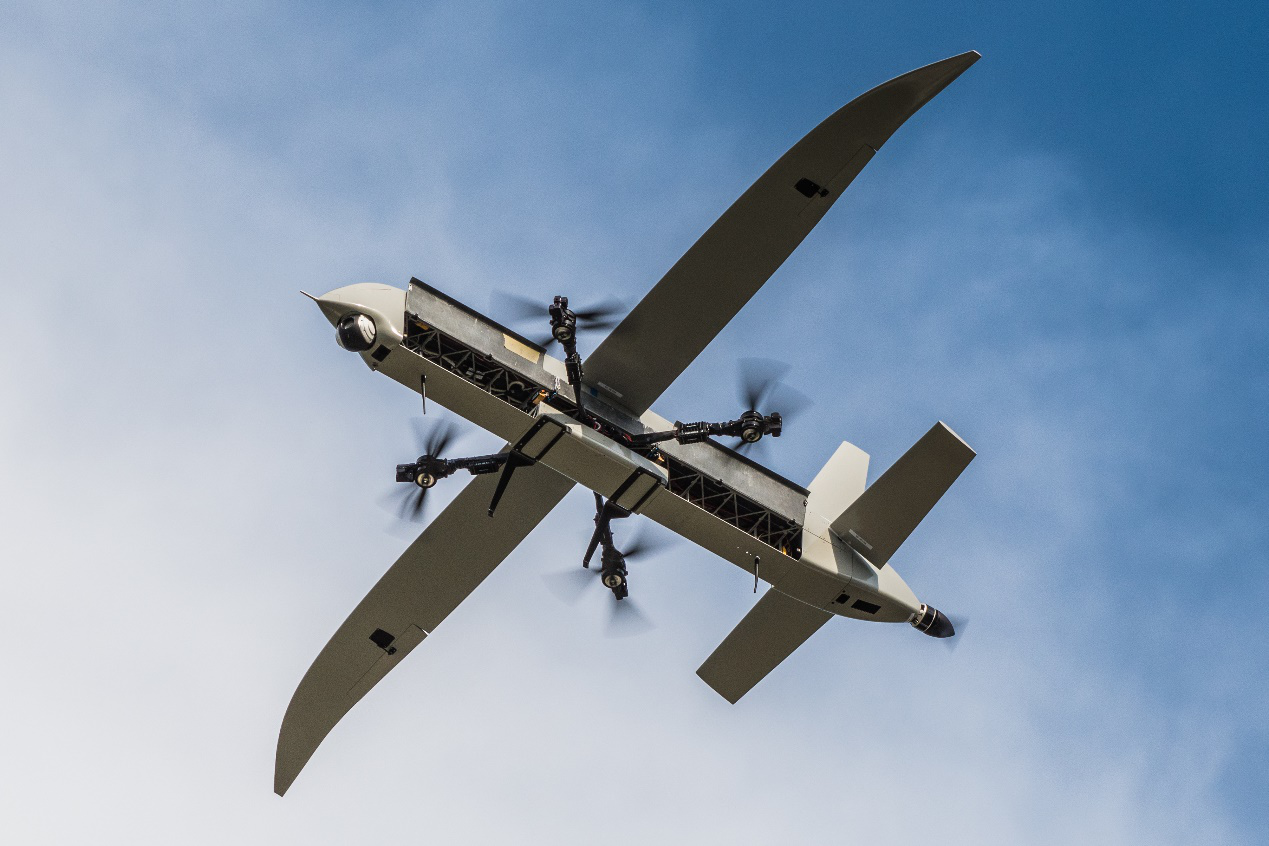 A typical flight mission consists of 7 stages as shown in the figure below:

(a) Vertical take-off: the rotor is deployed, and the motor-driven rotor takes off vertically to a safe height, and the vertical ascent height is generally 20-50 meters; .

(b) Accelerate to cruise: keep the rotor deployed and accelerate forward by the tail thrust motor; when the speed reaches about 1.1 times the stall speed, the rotor is retracted and the aircraft enters a pure fixed-wing control state;.

(e) Cruise descent: After the mission is completed, the pure fixed-wing mode is used to lower the altitude to reduce the vertical landing distance;

(f) Air brake: The rotor expands to increase the resistance and slow down in the air. When flying over the landing point, it becomes hovering;

Powerful vertical lifting power. The battery and load weight can be adjusted according to actual needs. With battery configuration two, it can carry a kilogram of load (dual-light pod, front camera, five-pin camera, hyperspectral camera, etc.). The load is about 1 kg ) Continues to fly more than 4.5 hours

Fully autonomous flight, after planning the trajectory, one-click take-off to complete the task autonomously, without manual intervention for take-off and landing;

During the flight, the flight mission can be changed in real time, and it has a temporary hovering function. You can hover around that point by choosing a point on the map;

When performing real-time image transmission inspection, you can select the target in the video (such as moving targets such as cars, boats, people, illegal buildings, power towers and other fixed targets) on the video image to circle and track. 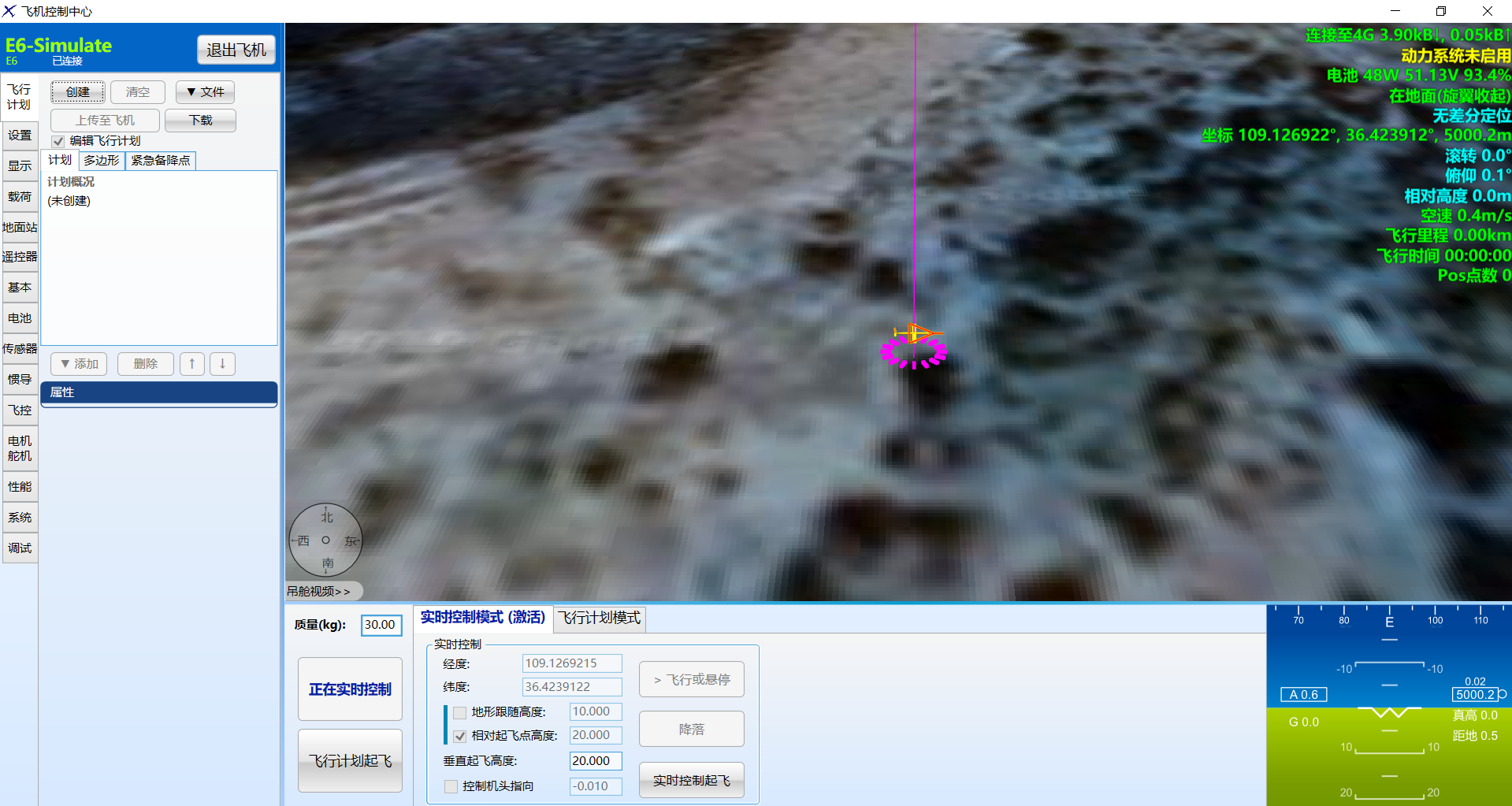 The intelligent inspection solution uses the drone platform to carry the FK330 pod. The FK330 pod uses a three-axis stabilization gimbal, and has a 30x optical zoom visible light camera and infrared imager, as well as a laser rangefinder, which can locate the target , And circle the target point. In addition, it can be equipped with an external intelligent tracking module with tracking and target recognition functions. 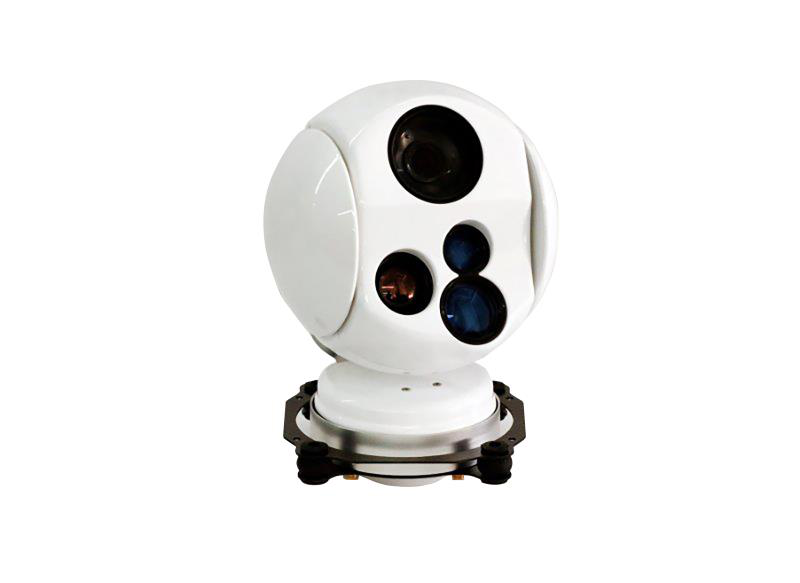 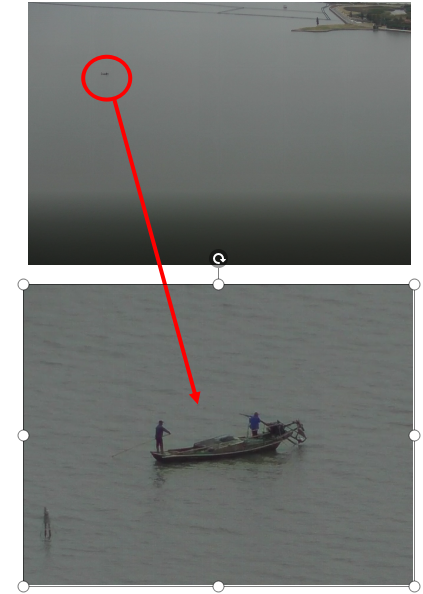 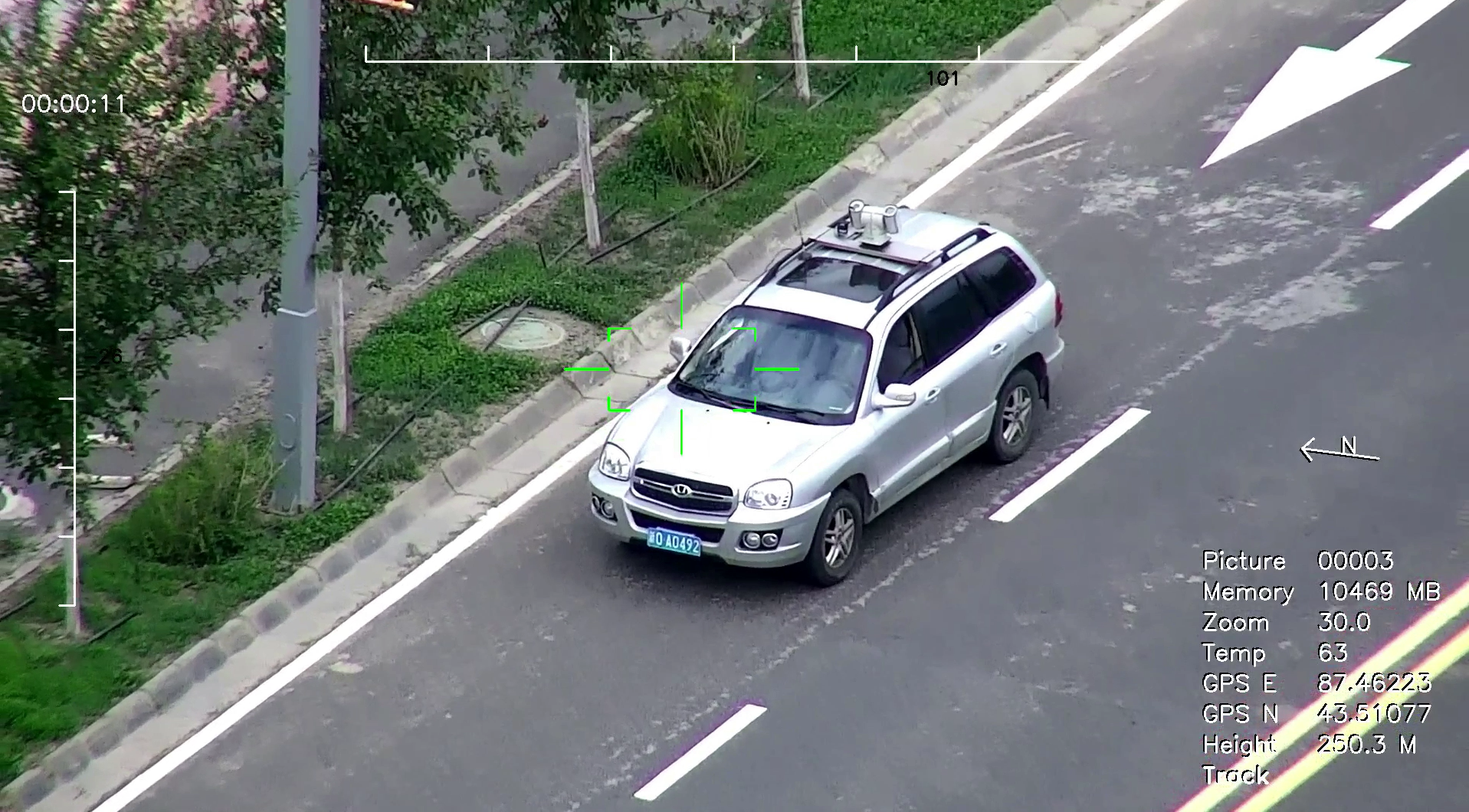